Sikar was mainly influenced by the Harappan culture. It houses many historical havelis of the Mughal Era. Sikar also houses many forts and palaces. It is called as the ‘Art Gallery of Rajasthan’, for having large number of painted haveli’s, forts, palaces and frescos. The frescoes originated during the rule of Rajputs in the Shekhawat Region.

Sikar is very influenced with ‘Marwar’ community that has lived here since long. The Marwari people were more inclined towards business. However, many of them migrated to areas like Mumbai, Calcutta, Madras owing to the growth of important trade centers in other states. The descendants of the remaining Marwaris played a major role in the economy of India. Nearly eighty percent of industries of India are operated by the Marwaris. Some of them like Birla family, Dalmia family etc. grew to prominence through their business empires that they developed. 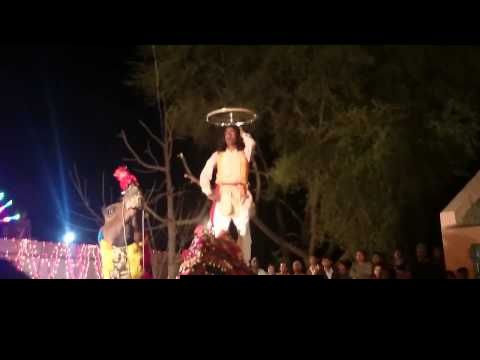 People of all the religions like Hindus, Muslims, Sikhs and Jains live in Sikar, in complete harmony. They speak Rajasthani language.

Sikar mainly celebrates Hindu festivals like Makar Sankranti, Holi, Raksha Bandhan, Teej, Sawan, Deepawali, Gangaur, and Gauga Peer. During Holi, the streets of Sikar get crowded with processions with people singing melodies and dancing. Melodious flute is played until late night in the Falgun Shukla Paksha Ekadashi. The dance performed in this festival is very popular.

The women of Sikar sing melodious tunes in the weddings and social celebrations. Whereas, Dhamaal - which are traditional songs of Holi, are sung by the menfolk.

Comments / Discussion Board - Culture of Sikar